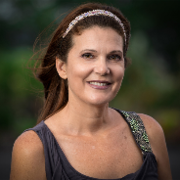 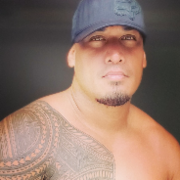 Let me tell you a little about myself and my background: I am a OIF Combat Veteran who did two tours in Iraq. I am also a Touring Musician with three successful projects under my belt. I have had a love for acting my whole life and feel like I have had enough real world experience to dominate the world of character acting. My skills list is a mile long and I am hungry for work! Currently working with with Hollywood’s best coach and mentor, Kent Kasper, you can check him out on Facebook at Kent Kasper Acting Coach. We are putting together our team working on both my theatrical and commercial reel. I also am doing some improv while gearing up for my photo shoot in L.A.. Thank you again for letting me in your group. I will be working out of Hawaii, L.A., ATL, CHI, and NY. If there are any projects in your area or if anyone is looking for rep, let me know!

Marion Johnson was in the arts throughout middle school and high school. He played the lead role as Romeo in Romeo and Juliet, lead role as Colin in The Secret Garden as well as lead roles in schools own production. He played numerous supporting roles in a number of productions such as Hamlet and Macbeth. Marion has a military background, with several trips to the sandbox as a M1A1 Abrams Tank Gunner, and received the ACE combat driving award. He is an expert in arms, counter-terrorism, urban combat experience and Warrior Leadership Development Course qualified. He has equestrian experience trail riding and in the calvary, as well as rodeo, including barrel racing and bull-riding. His martial arts background includes: Tae Kwon Do, Karate, Ninjutsu, Kung Fu, Shōrin-ryū, and Brazilian Jiu-Jitsu. He has an extensive musical background, having played guitar from the age of 8, and has been in three touring bands, Murder In Amsterdam, Guilt Free Aggression and The New Guilt. He can sing and play instruments (electric/acoustic guitar and bass guitar, limited experience with the piano and clarinet) and was the band manager for both MIA and TNG. He speaks some Italian, German, Spanish, French, Arabic and a small amount of Japanese and is comfortable assuming multiple accents. Marion Johnson was a member of Quest Paranormal Research based out of Indianapolis, and recorded an episode at Central State Hospital for the Insane. He also attended Westwood College out of Colorado for Computer Programming and Game Art, then attended Fullsail for Game Design.

What area of Hawaii's Film Industry are you most interested in?

Are you available to work in student films?

Let us know your location status